James Rhodes, also known as Jim or Rhodey, is a close friend to Tony Stark and wears a similar power armor making him into War Machine. He is a member of Force Works and head of security of Stark Enterprises. 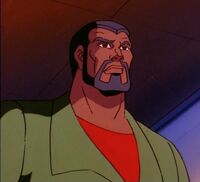 As a child, James Rhodes failed to save his best friend, Joey, from drowning. This led to a life long fear of water.

As Tony’s best and sometimes only friend, Rhodey is often the bringer of bad news to Tony. None worse than the time he declared he was no longer going to be War Machine, due to a near death experience whilst wearing the armor. Struggling to cope with putting his armor on, Jim often found himself assisting Iron Man without it, before Julia needed his help in rescuing Tony from Madame Mask. 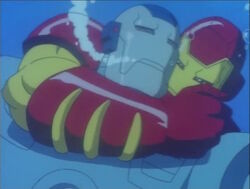 During the Armor wars, Tony went overboard when he tried to stop the spread of his technology. He attacked friend and foe alike, and even those who were not using his technology. Following the defeat of Stingray, War Machine confronted Iron Man. However, Tony was the superior fighter and defeated Rhodey as well.

He was there when Tony needed him, both as Rhodey and War Machine. When Force Works disbanded, Jim decided to stay with Tony, rather than relocate. He later donned the armor once again to help Iron Man finally defeat Mandarin. 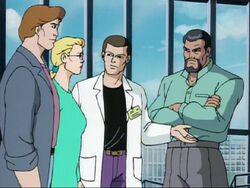 Peter Parker and Debra Whitman head to Stark Enterprises because they have a presentation on interdimensional portals. The two meet up with Dr. Connors who introduces them to Jim Rhodes of Stark Enterprises. Dr. Connors also points out Arden Broom who owns an electronic company that supplies Stark. Peter recognizes him as Baron Mordo. Tony Stark comes on a large screen and introduces the presentation. They plan to use an interdimensional portal to transport matter from the building in New York City to Los Angeles.

At Stark Enterprises, the test begins and the interdimensional portal opens. However, Peter's Spider-Sense goes off and the portal begins to malfunction. Peter sees some security footage of Venom attacking Stark Enterprises. Venom enters the presentation room and Rhodes tries to stop him but without success. Spider-Man arrives, but Venom quickly overpowers him.

Venom is about to destroy Spider-Man when War Machine knocks him away. Venom begins fighting both heroes. Mordo worries that Venom will be too occupied with Spider-Man and War Machine to grab the probe that makes the interdimensional portals. Dormammu reassures him that he leaves nothing to chance. The Venom symbiote reproduced and there is now another symbiote in need of a host. 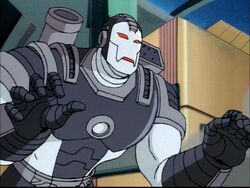 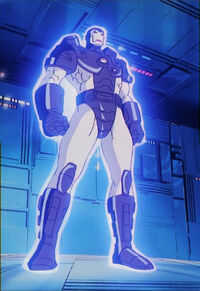 James is a normal human being with no powers of his own. Instead he uses a powerful set of armor similar to the armor worn by Tony. Rather than the slimmer, red and yellow armor Tony wears, James' armor is bigger, bulkier, and grey colored. He has powerful weapons on his arms and shoulders. 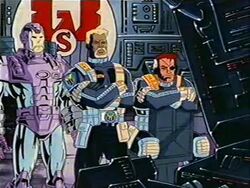 War Machine was voiced inconsistently throughout the first season of Iron Man by either James Avery or Jim Cummings, and Dorian Harewood in second season and on The Incredible Hulk. On Spider-Man he is voiced by Avery again, even though at that point he had been replaced on Iron Man, though Harewood had voiced Tombstone on the series.

He was in the Marine Corps.

He first met Tony during the Vietnam War after his escape from Wong Chu, Tony's origin story.

He became the second Iron Man after Tony's descent into alcoholism. However, the suit was tuned to Tony's brainwaves and he began suffering headaches. He went to Hank Pym for help.

He joined the West Coast Avengers, the inspiration for The Avengers: United They Stand, and went to the Secret Wars.

Rhodey became CEO of Stark Enterprises after Tony's apparent death. Their friendship was hurt when he found that Tony was alive.

He joined Captain America, Bucky, Nick Fury, and the Howling Commandos in stopping Neo-Nazis from sending modern weapons back to World War II.