Marvel Entertainment has confirmed that Patrick Stump, most known as the singer in the band Fall Out Boy, performed the show's theme song and will compose for the upcoming series Spidey and His Amazing Friends. He said of his work, "When I was approached to write the music for Marvel's Spidey and His Amazing Friends, I was first just excited to hear that Disney Junior was doing this show, and secondly, I think it took me all of ten minutes to say yes and start writing the theme song in my head. As a lifelong Marvel fan, this is a dream come true for me, and I can't wait for kids and families, including my own kids, to see the show when it premieres this summer."

Talking to Entertainment Weekly Stump said, "In my head, I was like, 'Okay, you've got the '60s Spidey cartoon, with its surf rock theme. You've got the '90s cartoon, which has a little bit more of a metal, hard rock thing. Then there are the scores. There's the Danny Elfman score, the Horner score, the Michael Giacchino score. All of those things were swirling around my head in like one minute, you know, and I just sat down and had this explosion of inspiration. Then I just had to scramble to get to the studio to lay it all down. I was so excited at that point."

He said of composing the show's score, "I've been scoring for about five years. It's my day job, but no one really knows about it. I'm the guy from Fall Out Boy and that's usually what people think of me as, but I spend all day, every day scoring. I kind of assumed that they were going to like my theme song and then get someone that they prefer to score. But they offered me the chance to score a short demo reel kind of a thing, and they went for it and they hired me. It's kind of the same feeling I had writing the theme song, where I'm coming to it with all this story and I get to write music for Black Panther and Ms. Marvel. It's incredible, it's the coolest thing."

The soundtrack Disney Junior Music: Spidey and His Amazing Friends will be released digitally on September 17th, 2021 on Walt Disney Records. 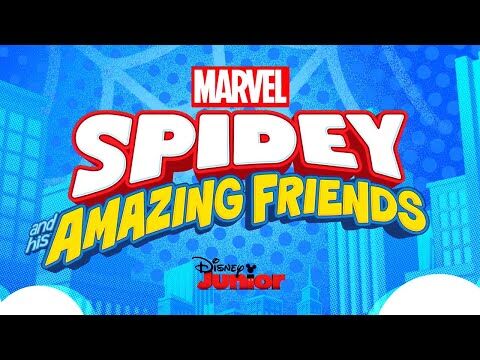