Animator Don Jurwich has passed away. Larry Houston revealed his death on his Twitter account. "Heart breaking news today. Don Jurwich, the producer/director of Scooby Doo Where Are You?, Super Friends, Spider-Man & His Amazing Friends, & GI Joe, A Real American Hero has passed away in his sleep at 87. Don was my friend & mentor to many of us who rose through the ranks to run our own shows, and was one of the few 'older' guys who pushed for new talent to be recognized and promoted. I became a Director on GI JOE because of Don as well as the opportunity for this fanboy to draw up title cards on Spider-Man & Amazing Friends."

He also worked on the shows Once Upon a Girl...., Yogi's Space Race, Challenge of the Superfriends, Scooby-Doo and Scrappy-Doo, Captain Caveman and the Teen Angels, The Ri¢hie Ri¢h/Scooby-Doo Show, The Fonz and the Happy Days Gang, G. I. Joe, The Smurfs, Tom & Jerry Kids Show, and Droopy: Master Detective. 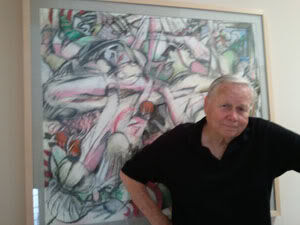