In the United States of America, today is Presidents Day, celebrating the forty-five individual Presidents of the country. The day is celebrated as a federal holiday on this day to recognize the birthday of the first president, George Washington. The Incredible Hulk recreated Mount Rushmore which features the likeness of presidents Washington, Thomas Jefferson, Abraham Lincoln, and Theodore Roosevelt. Real-life president Bill Clinton was on Fantastic Four and Iron Man played by Jim Cummings. X-Men had an unnamed woman as president, apparently based on Clinton's wife Hillary who herself ran for president twice. The Avengers: United They Stand featured an unnamed man as president, though not seemingly based on any real life person. 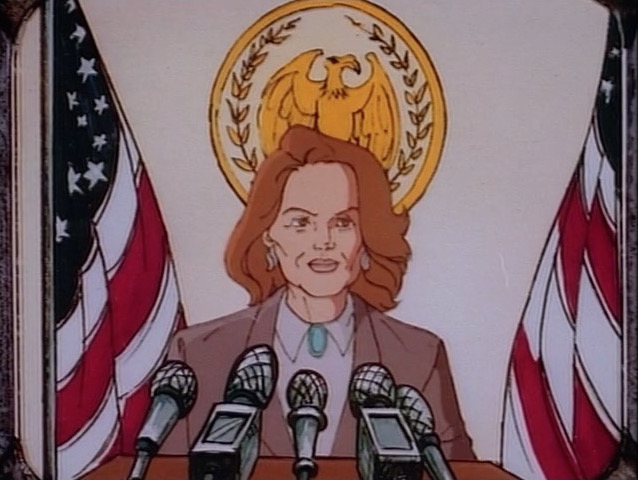 Retrieved from "https://marvelanimated.fandom.com/wiki/User_blog:ARTaylor/Presidents_Day_2020?oldid=80451"
Community content is available under CC-BY-SA unless otherwise noted.