Thanks to the Wikia Fan Army, I got to spend four days at San Diego for the International Comic-Con. I got to see an experience lots, including stopping by the Man of Action Studios booth to meet Joe Kelly. But I'm here to talk about the Marvel Animation panel.

The first thing they showed was the season three premiere of Ultimate Spider-Man featuring the beginning of the Web Warriors saga. The episode had Spider-Man come across Electro and Green Goblin, who intended to steal the DNA of Spider-Men and Spider-Women across the multiverse. The first stop was 2099 where Spider-Man met his futuristic counterpart while crossing Alchemex. Afterwards he went to a world where everyone was the opposite sex. This time Peter teams up with Petra Parker to stop Norman and Norma Osborn. We also saw a clip of Peter meeting Peter Porker. The most interesting part of this series is that each universe features a different animation style. While the alternate-sex universe was close to the series, 2099 was all computer generated similar to Iron Man: Armored Adventures while the Spider-Man universe featured was closer to Looney Tunes . 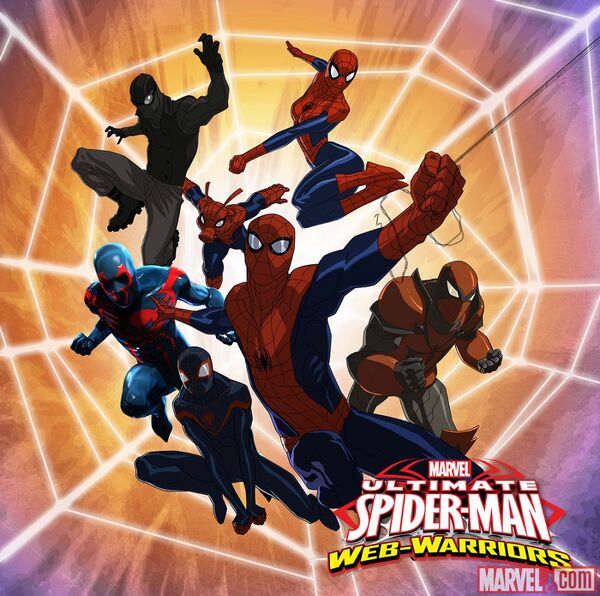 In a clip from Avengers Assemble, we saw the Avengers fighting to protect the Red Skull from the forces of Thanos. Then Captain America grabs ahold of the Power Gem seeing a vision of the mad titan. The panel also suggested that another story could see the team being Disassembled.

We were then given a clip of Hulk and the Agents of S.M.A.S.H. season two premiere. This season sees S.M.A.S.H. going to space where they encounter Ronan the Accuser while trying to redeem themselves in the eyes of mankind.

The most exciting part of the panel came in the reveal of the upcoming series Guardians of the Galaxy. It's been teased for months but now it's officially coming. We got to see test footage of Rocket Raccoon running through some futuristic city being chased by unknown enemies. Eventually he is meets up with Star-Lord who takes him away. The panel explained that the series has been planned ever since the beginnings of Ultimate Spider-Man.

On a separate note, I got to interview Troy Baker (Avengers Assemble, Iron Man: Rise of Technovore) about an upcoming animated feature. I also talked to some other guy who voiced some person way back then, think it had something to do with rodents. [1]

Retrieved from "https://marvelanimated.fandom.com/wiki/User_blog:ARTaylor/Marvel_Animation_at_Comic-Con_2014?oldid=44311"
Community content is available under CC-BY-SA unless otherwise noted.