Today would have been the seventy-fifth birthday of singer and composer Freddie Mercury. He was born Farrokh Bulsara on September 5th, 1946 in Stone Town, Sultanate of Zanzibar to Parsi-Indian parents. He attended boarding schools in India. In 1964, his family fled the Zanzibar Revolution moving to England where he then studied written music.

In 1970 he formed the band Queen with guitarist Brian May, drummer Roger Taylor, and bassist John Deacon while he changed his name to Freddie Mercury. They wrote hit rocks songs including Killer Queen, Bohemian Rhapsody, Somebody to Love, We Are the Champions, and Crazy Little Thing Called Love among numerous others. His stage performances were noted for his interaction with the audience. He became known for his flamboyant style. He also had a solo career as a producer and guest musician for other artists. He is regarded as one of the greatest singers in rock history. He also played piano and guitar. The band's performance at the charity event Live Aid is considered one of the greatest rock performances of all time.

In 1987, he contracted AIDS and died November 24th, 1991 from complications at the age of forty-five. He was posthumously inducted into the Rock and Roll Hall of Fame in 2001, the Songwriters Hall of Fame in 2003, and the United Kingdom Music Hall of Fame in 2004. He was given the Brit Award for Outstanding Contribution to British Music one year after his death. He was given an Academy Award winning biopic in 2018 titled Bohemian Rhapsody. Queen's song Don't Stop Me Now was used for the Guardians of the Galaxy album Guardians of the Galaxy: Cosmic Mix Vol. One. 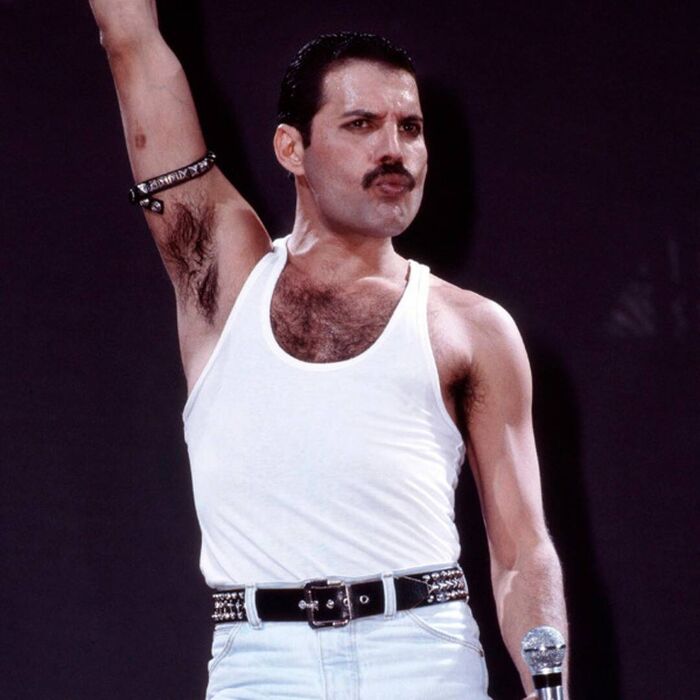