Today is the ninety-fifth birthday of Elizabeth Alexandra Mary, or Queen Elizabeth II. The current queen of the United Kingdom was born April 21st, 1926 in Mayfair, London. She was the first child of the Duke and Duchess of York. In 1936, her uncle King Edward VIII abdicated the throne to marry an American socialite causing her father to ascend to the throne as King George VI. During the Second World War, Elizabeth undertook public duties such as serving in the Auxiliary Territorial Service. Then in 1947 she married Philip, Duke of Edinburgh and had four children: Charles, Anne, Andrew, and Edward.

In 1952, her father passed away and she became the head of the Commonwealth and queen regent of the seven independent Commonwealth countries at the age of twenty-five. She reigned through numerous major milestones such as devolution in the United Kingdom, accession of the United Kingdom to the European Communities, Brexit, Canadian patriation, and the decolonisation of Africa. In her time, several territories gained independence and became republics such as South Africa, Pakistan, and Sri Lanka. However, she has also been the subject of numerous criticisms, particularly of the royal family. This came after numerous breakdowns in her children's marriages, the death of former daughter-in-law Diana, and several public outings of family interactions. Despite this, she has remained consistently popular with high approval ratings.

She is the longest-lived and longest-reigning British monarch, being the first to reach a Sapphire Jubilee. She is the longest-serving female head of state known in world history, the world's oldest living monarch, the longest-reigning current monarch, and oldest and longest-serving current head of state. She has been depicted numerous times in popular culture, such as a cameo appearance in the Fantastic Four episode "Incursion of the Skrulls" along with her son Charles and then-daughter Diana. 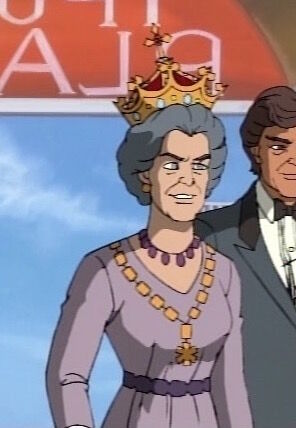