Today is the forty-second birthday of Chadwick Boseman. The actor was born on this date in 1977 in South Carolina to a nurse and textile factory worker. He studied filmmaking in New York before moving to Los Angeles.

He got his start playing minor roles on series such as Third Watch, Law & Order, CSI:NY, and ER before landing a regular role on Persons Unknown. He got his first staring role as famed baseball player Jackie Robinson in the film 42. He later appeared as a NFL draft prospect in the film Draft Day. He also played famous singer James Brown in Get on Up..

Boseman's most notable role came in 2016 when he was cast to play T'Challa in the Marvel Studios film Captain America: Civil War. He later appeared in his own film Black Panther before making appearances in Avengers: Infinity War and Avengers: Endgame. A second Black Panther film is set for 2022. Most recently he appeared in the film 21 Bridges, alongside original Black Panther actor Keith David.

Boseman is set to reprise the role of T'Challa in the upcoming Disney+ animated series What If...?. 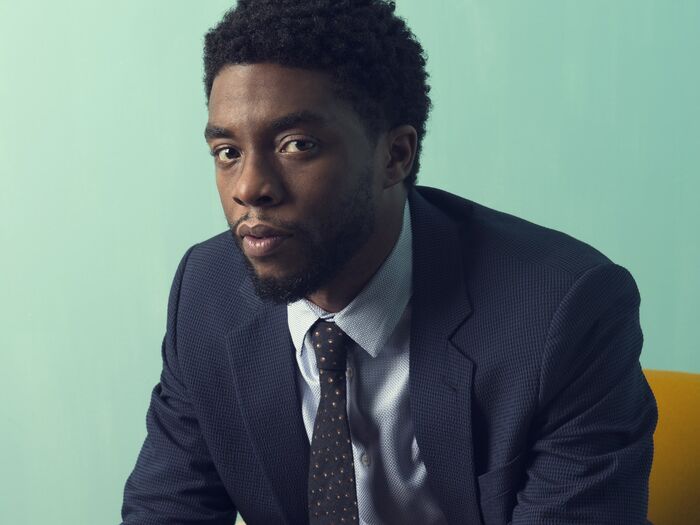 Retrieved from "https://marvelanimated.fandom.com/wiki/User_blog:ARTaylor/Chadwick_Boseman_Turns_42?oldid=79735"
Community content is available under CC-BY-SA unless otherwise noted.