Today marks the fortieth anniversary of the premieres of Spider-Man and Spider-Man and His Amazing Friends. This marked the first time that a single Marvel character appeared on two separate animated series at the same time. 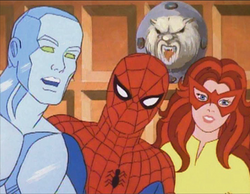 Both series would follow the famed webhead Spider-Man on his adventures. The solo series focused on his individual stories and would have him team up with various heroes including Captain America and Medusa. The team series had him teamed up with Firestar and Iceman as part of the Spider-Friends. Both men had a crush on their female teammate but neither got to date her. They too would team up with various other heroes including Iron Man and the X-Men.

The solo series lasted until March 6th, 1982 with just a single season with twenty-six episodes. The team series last until September 10th, 1983 stretching across twenty-four episodes across three separate seasons. Both series were made by Marvel Productions, constituting a loose continuity as the team series used animation from the solo series as flashbacks. Both series would be joined by the other loosely connected series The Incredible Hulk the following year. 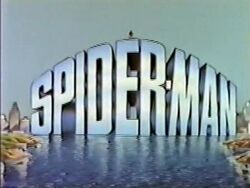 The team series featured the talents of Ted Schwartz as Spider-Man, Morgan Lofting as Aunt May and Black Cat in her television debut, Mona Marshall as Betty Brant, and William Woodson as J. Jonah Jameson. Due to the then-recent success of Star Wars, [[Doctor Doom (Productions Universe)|Doctor Doom (as played by Ralph James) was given the main villain role due to his similarity to Darth Vader.

The team series featured the talents of Dan Gilvezan as Spider-Man, Kathy Garver as Firestar, and the legendary Frank Welker as Iceman. It also had Neil Ross play Wolverine and Green Goblin, who would go onto reprise Wolverine on "Pryde of the X-Men", complete with the return of the much derided Australian accent, and Green Goblin on the famous 1994 series Spider-Man. Other notable actors who appeared on the series were Peter Cullen, of Transformers fame, Michael Ansara, of Star Trek fame, and of course Stane Lee. 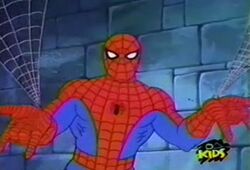 The solo series marked the creation of Firestar/Angelica Jones and Ms. Lion, both of whom would appear in the comics and other media. Firestar was an amalgam of Mary Jane Watson and Human Torch. Mary Jane made no appearances on the series so Angelica was given her general appearance while Human Torch's television rights were tied in up a series that never came to be, which was the same reason the character did not appear in the 1978 Fantastic Four series. Firestar since became a major character in the comics, briefly getting her own solo series, and appearing on The Super Hero Squad Show and Wolverine and the X-Men. While Ms. Lion has made no further appearances in live action or animation, the character did appear in the comics most notably in Lockjaw and the Pet Avengers where it was revealed Ms. Lion was actually male. 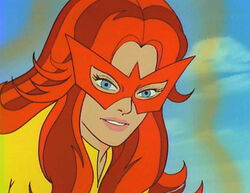 Despite being a success, the solo series has been relatively forgotten. It is often overshadowed by the series that have come before and after while most children from the era remember the other series more. The team series has maintained a certain level of popularity due to its silliness. It started its own brief comic series while numerous others have made references to the show by having the three characters team up briefly. Gilvezan appeared as Spider-Man 2099 in the self-referential video game Spider-Man: Shattered Dimensions. It was also one of the animated shows that crossed over with the comics event w:c:marvel:Spider-Verse''Spider-Verse''. Both series are available to stream on Disney+.