20 Years of the September 11th Attacks

In the United States of America, today is Patriot Day honoring the three-thousand people killed during the terrorist attacks on September 11th, 2001. On that morning, members of the al-Qaeda terrorist organization hijacked four passenger airliners. Two were flown into each of the Twin Towers of the World Trade Center in New York City causing their collapse. One was flown into the Pentagon causing massive damage. Another crashed in Pennsylvania on its way to Washington D.C., presumably brought down by the passengers taking control from the hijackers. It was the single deadliest terrorist act ever and the most significant loss of life for American firefighters and peace officers.

Terrorists had previously tried to destroy the World Trade Center with a bombing before but only did relatively minimal damage to the Twin Towers, an event referenced in the Spider-Man episode "Duel of the Hunters" but later removed in syndication out of respect for the September 11th victims. The destruction of the Twin Towers was unfortunately similar to the destruction of the buildings in the Fantastic Four episode "Incursion of the Skrulls". 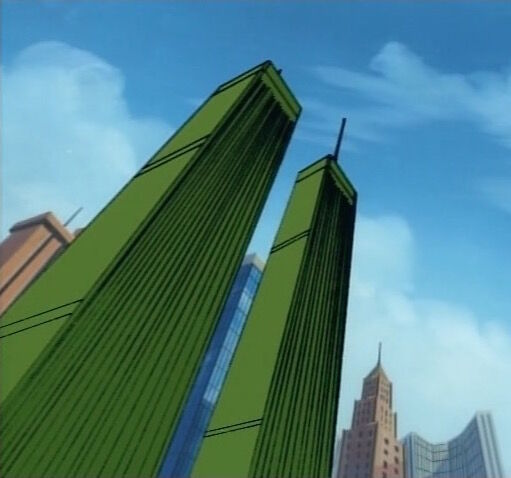