The Hand is a defunct group of supervillains formed under the leadership of Mandarin. Their purpose was primarily to steal Stark Enterprises' technology. They were the arch-rivals of Force Works. Both teams disbanded and eventually reformed again around the same time. 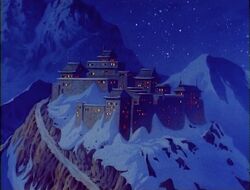 The team formed before Mandarin captured Tony Stark and Wellington Yinsen. They wanted them to build a set of armor, but Tony used it to make one for himself and escaped. The Hand then tried to steal Stark Enterprise technology, but were always stopped by Force Works. Once, the team found out Iron Man's secret identity. But Tony fooled them into confusion again.

When Mandarin was thought dead, the team disbanded and went their separate ways. During the Armor Wars, Iron Man attacked many of the former members who used his technology. Mandarin eventually resurfaced and reformed the team. They found out that Iron Man was Tony Stark and disabled his ability to use technology. Iron Man came back with a bio-mechanical armor and defeated them once and for all.

The Hand in the comics bears no resemblance to this group. In the comics, the group is an order of evil mystical ninjas who are heavily involved in organized crime and mercenary activities such as assassination plots. They are commonly an enemy of Daredevil. In Iron Man, the team is called that by the media. The media sources could be incorrect and they mistook the supervillains for the ninjas. Or the producers chose the name without considering the comics. However, there is nothing to contradict that this team is in fact called The Hand.

The only connection between Mandarin and the ninjas is when Mandarin helped the group to brainwash Psylocke.

Retrieved from "https://marvelanimated.fandom.com/wiki/The_Hand?oldid=75170"
Community content is available under CC-BY-SA unless otherwise noted.