Spider-Man: Across the Spider-Verse, Part One (Film)

On November 27th, The Hollywood Reporter revealed that Sony already had plans for a sequel and spinoff. Amy Pascal will return to produce. Phil Lord, Christopher Miller, Avi Arad, and Christina Steinberg are expected to return though no deals have been made.[1]

Joaquim Dos Santos is currently set to direct the sequel with David Callaham writing. No details regarding the sequel were initially given other than that this film would plant seeds for one. Pascal said in a later interview that the sequel would feature the romance between Miles and Gwen, something this movie largely cut out of the original script. On November 1st, 2019, the sequel was given a release date of April 8th, 2022.[2] On April 19th, 2021, Sony officially confirmed Dos Santos as director along with Kemp Powers and Justin K. Thompson.[3] Thompson served as a production designer on the first film.

On December 4th, 2021 the title, and sequel, were officially announced[4] with Miller and Lord announcing they were returning.[5] It was given a release window of October 2022.

Moore, Steinfeld, and Isaac were confirmed to return on December 4th, 2021.[6] 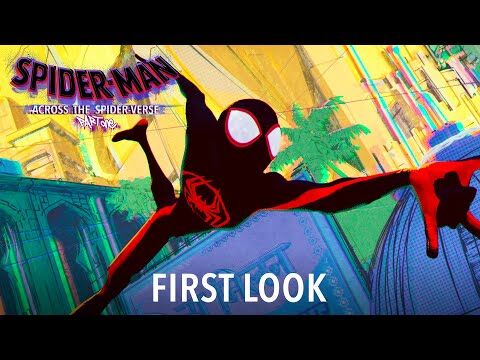