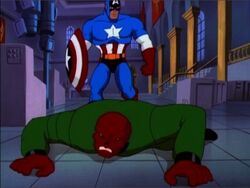 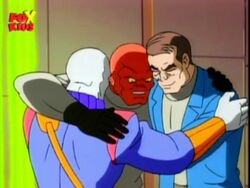 He is later freed by the Beyonder to be apart of the Secret Wars. He recruited Alistar Smythe and Doctor Octopus to help him in his bid to conquer Battleworld. He was returned to earth by Doctor Doom with no memory of the events when Doom stole the Beyonder’s powers.