President of the United States of America 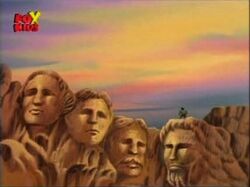 George Washington, Thomas Jefferson, Abraham Lincoln, and Theodore Roosevelt were some of the most famous Presidents from history. They were immortalized by having their likeness carved into Mount Rushmore in the Black Hills of South Dakota. Hulk once fought the Hulkbusters atop their head, and was rescued by Thor.

Bill Clinton was a President who openly worked with superhero teams such as Force Works and the Fantastic Four.

An Unnamed Female President stopped the mutant registration and Sentinel programs by cutting funding after the X-Men attacked the Mutant Control Agency. She eventually left office and was replaced by Senator Robert Kelly. 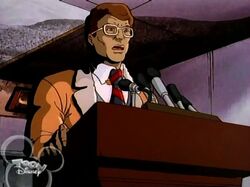 Kelly ran on an anti-mutant campaign. However, shortly before he was elected he was kidnapped by Magneto and subsequently by Master Mold, who wished to replace his brain. The X-Men came to his rescue. Thankful, Kelly switched positions and became pro-mutant by the time of his inauguration. He served as President during the Phalanx invasion.

An Unnamed Male President had intended to honor the Avengers leader Ant-Man. However, his helicopter was attacked over Central Park. He and his daughter were saved by the team but he was injured. He had the team recruit Falcon, who had saved him and his girl, into their ranks. 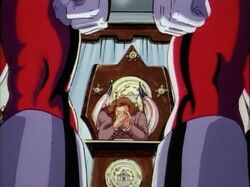 In the Sentinel-run future, the unnamed President was in office when Master Mold took over and devastated the planet.

Washington, Jefferson, Lincoln, and Roosevelt were only seen as part of the Mount Rushmore monument. Clinton was the actual President at the time of Iron Man and Fantastic Four. The others are fictional.

The unnamed female president is possibly based on Hillary Clinton, Bill's wife, who ironically ran for President in 2008 and 2016.