Mjolnir Mischief is a short film. In it, Thor fights his brother Loki. 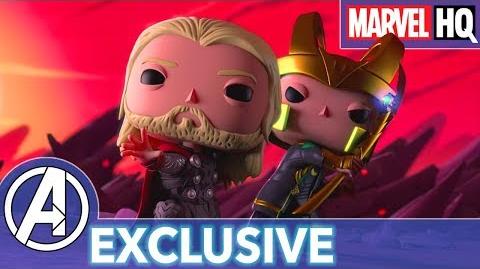