Lenore Elizabeth Zann (born November 22, 1959) is an actress who played Rogue on X-Men and Spider-Man as well as Tigra and a woman on The Avengers: United They Stand.

At the time, Zann was playing many American characters, several with Southern accents. Her agent told her about the audition and recommended her. She blew it off because at the time animation wasn't "the cool thing" and didn't bother going. The agent called her back saying she was exactly what they were looking for and the producers hadn't found an actress yet. She said the first line, "My daddy like to kill himself when he found out I was a mutant!" and they replied "Don't let her leave! That's the one! That's Rogue!"[1]

She reprised the role of Rogue in the video games X-Men, X-Men 2: Clone Wars, X-Men vs. Street Fighter, and Marvel vs. Capcom 2: New Age of Heroes.

She is currently a politician who represents the district of Truro-Bible Hill in the Nova Scotia House of Assembly. She is a member of the Nova Scotia New Democratic Party. 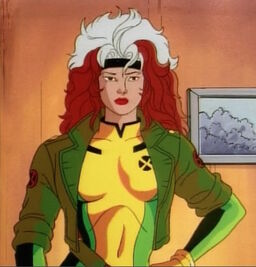 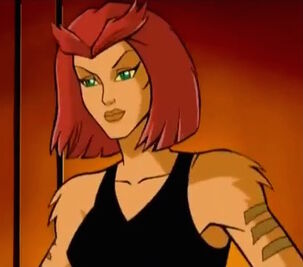