The invincible Iron Man and incredible Hulk must unite when A.I.M. tries to unite their powers to create a new energy source. Things become complicated when the experiment creates a new energy creature named Zzzax.

The are two behind-the-scenes featurettes. 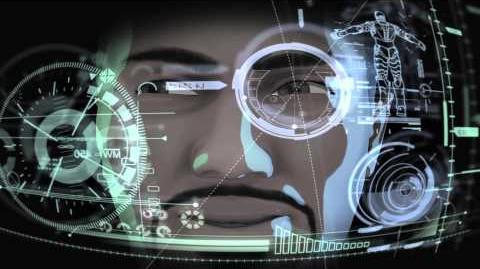 The trailer was released on the Iron Man 3 DVD.

The decision to join Iron Man and Hulk was due to current fan interest originating from their interactions in The Avengers film. Jeph Loeb stated that fans liked Hulk's appearance in the live-action film because he was a hero not a monster, and wanted this film to follow in that same thought. Producer Todd Casey stated that the film could take place between the first and second The Avengers film.

Loeb was excited to use Zzzax as it was the first time they did an entire storyline centered around the long-time Hulk villain. They were able to use the villain to provide parallels to real world environmental and energy issues.

Adrian Pasdar and Fred Tatasciore both have a long history with their characters, voicing them in numerous animated films, television series, and video games. The two currently work together on Ultimate Spider-Man, Avengers Assemble, and Hulk and the Agents of S.M.A.S.H..

Loeb said of each actor, "Adrian Pasdar, who’s been playing Iron Man since about the fifth episode of Ultimate Spider-Man, is one of our regulars in the Marvel animated universe, so we’re delighted to have him on board. Similarly, Fred Tatasciore, who plays Hulk, has probably played the character more than any other person who’s ever played Hulk and we know that that’s a role that’s been around a long time, going all the way back to Bill Bixby. Fred’s been our Hulk on everything from Ultimate Spider-Man through Marvel’s Avengers Assemble, Hulk and the Agents of S.M.A.S.H., as well as numerous other projects that were worked on prior to Marvel Animation Studios forming in the first place."

Casey compared the pairing to a buddy cop film where the two heroes have dramatically different approaches to the same end and are forced to work together. [1]

This is the first fully computer generated film from Marvel. Supervising Creative Director Eric Radomski made a test demonstrating the effect of combining CG technology with 2D mapping. According to Loeb, "The test that Eric showed us was extremely promising and we green-lit it off that, no gamma pun intended, in order to move forward."

Regarding further use of computer animation Loeb said, "It’s exciting when we get to use a new kind of format and see where we can go. What we’ve learned from this first experience is going to really show up with some neat stuff in the future as well." [2]

Cliff Wheatley of IGN gave the film a 4.5 (Bad) rating summarizing that "if you're looking for an Iron Man and Hulk team-up, you've got better options than Heroes United." He noted that with more superheroes teaming up on the big screen that the novelty of direct-to-video animated features had worn out. He felt that they could offer high quality storytelling, animation, or just fun but did not think this "Avengers spin-off" did any of those. Wheatley stated that the movie might entertain children, but they might not stay interested for the entire runtime. He thought the banter between the two heroes was the extent of the entertainment, but the action was bland and score generic. He compared the animation to Spider-Man: The New Animated Series and was underdeveloped and blocky looking cheap. He likened the facial animation and muted colors to an original PlayStation game. He noted that Pasdar and Tatasciore lacked the energy they used in their previous roles. "Iron Man and Hulk: Heroes United might entertain the five and under crowd, but anyone looking for genuine superhero entertainment are better off looking to the great options available elsewhere." [3]

James Harvey of Marvel Animation Age felt there was so much that was fundamentally wrong with the project. He claimed that the voice acting was lifeless, the animation terrible, and script butchered. He did not think anyone would enjoy the final product. He did say the score was nice, though obviously affected by low budget. He claimed it was the worst part of Marvel and Disney's "The Avengers Initiative" following the success of the live-action film. Harvey stated that the story jumped around a lot with a thin plot to tie it together with laughable conflicts. He claimed the animation was bottom-basement quality, particularly the mouth movements. He stated the story was inconsistent with fake developments. He also said the humor was considered cliched ten years earlier. He did not like either of the title characters as Tony was a jerk and Hulk was painfully dumb. He also bemoaned that so much of the film was taken up by fights and that many of them happened for no reason. As a fan of the Marvel universe and the wealth of characters, Harvey wanted to like the film but claimed nothing worked. He felt that the film would do nothing but hurt the opinion regarding Marvel animation following Ultimate Spider-Man as it was difficult to sit through. He did like how preachy the movie got, especially with Iron Man's constant environmental messages. He did praise the Jack Kirby-inspired animation for the opening credits as well as the score. "As much as this pains me to say, given how much I enjoy the Marvel Universe, you can Skip Iron Man & Hulk: Heroes United. I wouldn't even search it out a few years down the road in a five-dollar bin. Don't waste your money or your time. The 71-minutes feels double that, and the overall final quality is just a trainwreck. Even though there are a couple of redeeming factors, that can't save this unmitigated disaster. If Iron Man & Hulk: Heroes United is the start of a new home video series from Marvel Animation Studios, then things honestly do not look well for the animated future of our favorite Marvel heroes. You're honestly better off revisiting one of the older Marvel cartoons or direct-to-video features. Do yourself a favor and avoid Iron Man & Hulk: Heroes United at all costs. There's no enjoyment to be found here, folks. And that after-credits sequence, that hints at a sequel? That feels more like a threat than a promise." [4]

James Miller of The Reaf Debrief said the movie was horrible and the worst piece of Marvel animation in the last ten years. He compared it to the cartoons of the late 1990s when Marvel was going into bankruptcy. He claimed the plot would have barely filled a twenty-minute cartoon episode but was stretched out to a film. Miller also stated there were a lot of repetitive fight scenes to pad the story. He claimed the animation was abysmal, and looked cheap compared with current CGI cartoons. He noted there were only a few characters and that the armor Zzzax possesses is just a recolored version of Iron Man's regular armor as if the producers did not want to spend time and money animating more characters. He felt there were a lot of unintentionally hilarious moments throughout the film, such as when Hulk turns in midair to divert the "helicarrier." He also complained that there was no shot of the "helicarrier" actually crashing and the scene lacked tension. Miller claimed the whole film felt like a video game tie-in from the mid-2000s with each fight being a game level. He pointed out that while the banter between Tony and Bruce worked in the live action film, the dialogue between Iron Man and Hulk did not as it went from banter to bickering. "That’s what this movie was, bickering for an hour. With terrible dialogue too. Some of it was so painful I stopped the video just to take a moment to comprehend that multiple people were paid to write it and more were paid to approve it. That somehow, even with all the success and acclaim Marvel has been getting recently, everyone signed off on this as a product to sell to people. It’s cheap, nasty, and all together horrible. Do not buy. Buying only encourages them to make even more awful products because if it makes money then why bother with the time and effort of a good product when lazy, poor, boring, dreadful pieces of slop will do just fine." [5]

"Nibs" of Comic Book Movie called the movie a piece of [s**t]. He felt that the best parts were that it appeared to take place within the Marvel Cinematic Universe, that it had Hulk and Iron Man, there was a post-credits scene, and it was mostly coherent. However, he felt that a description could offer more details to the story than the actual movie does. He claimed the fight scene with the Wendigos served no purpose at all. He stated the animation was horrifying saying that Abomination looked like he was out of a PlayStation 1 game, though did appreciate the way Hulk was shaded. He pointed out that mouth movements did not match dialogue. He disliked the coloring of all the characters and the lack of detail on Iron Man. He felt it was lazy to only have eight characters. He stated the dialogue was bad like a children's video game with the jokes being the worst. He berated the use of the intelligent Hulk hating that it was he who came up with out to defeat Zzzax rather than Tony. He gave the movie a score of one out of ten. "Just a holiday season cash grab and a piece of throw-away trash. I rank it on par with 1990 Captain America and the 1984 Supergirl movie. Movies don't actually get worse than this. It is definitely the worst animated CBM to date that I have watched and rated thus far, including Superman: Unbound (3/10) and Batman/Mr. Freeze - Sub-Zero (2/10)." [6]

Cliff Wheatley of IGN said that while the movie was a let-down, the eleven minute conversation feature would entertain longtime comic fans. While there was nothing insightful, it had lots of nostalgia. He felt that that the "Marvel Mash-ups" were midly humorous at best. He cited the featurette as one of the few good points of the release.

James Harvey of Marvel Animation Age stated that the Blu-ray was by-the-books with minimal features unrelated to the film. He did praise the presentation. He said the video quality was picture perfect and looked crisp, clean, and clear. He didn't notice any video problems and felt the audio soundtrack was equally good. He did wish that the mix was spread out across multiple speakers rather than just in the center. He complained that there were so few bonus features. He did not find the "Marvel Mash-Ups" to be funny, though he thought some could be amused. He did like the conversation featurette as there were nice tidbits throughout the piece, but nothing "earthshaking." He said it was for Marvel Comics fans, but younger ones would not understand it. "Overall, it's an alright Blu-ray release for Iron Man & Hulk: Heroes United, but doesn't offer anything really worth repeating. The extras are slightly entertaining, but lack any real heft or weight to them. Walt Disney Studios Home Entertainment should look toward the efforts put forth by Warner Home Video for some of their recent comic book-based home video releases. It's worth a Rental, nothing more. Trust me, after you watch the main feature, I doubt you'll want to keep this film in your collection." [7]