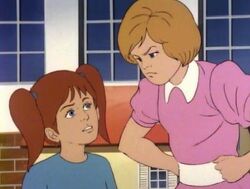 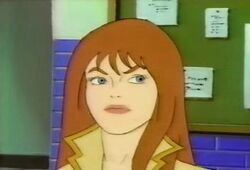 Firestar was created specifically for the series and eventually adapted into the comics, five years later, with a radically different origin. She even got her own series.

Contrary to rumors, she was not a replacement for Human Torch but was part of the initial series pitch.

Her name was originally Heatwave. It was possibly changed to avoid being confused with the DC Comics supervillain Heat Wave.

John Romita, Sr. provided the initial design for the character. [2]

Retrieved from "https://marvelanimated.fandom.com/wiki/Firestar_(Productions_Universe)?oldid=64933"
Community content is available under CC-BY-SA unless otherwise noted.