Thor returns home to the realm of Asgard to find it under siege by their enemies the Frost Giants. But he finds that the true enemy is much closer to home.

Continuing from the last episode...

Out in the far reaches of the cosmos, the Rainbow Bridge winds its way towards Asgard. 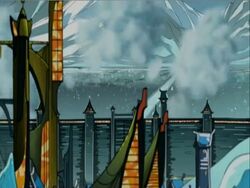 To one side of the great city lies an ice-covered mountain range. Soon, an eerie wind blows the clouds from the mountains down to the city.

Within the city walls, Asgardians look around in shock. On duty, two guards see the snow begin to fall. One looks out to see three giants approaching through the haze.

The center giant, Ymir, lifts an enormous boulder and hurdles it towards the city. The rock strikes a tower causing its collapse. Soon, more boulders fly towards the city causing great damage. 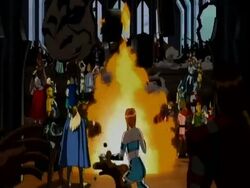 Somewhere in the city, a room full of people sit around a large fire watching women dance seductively. Their peace is broken as a boulder crashes through the wall.

Fandral and Hogun stand and look out to the siege.

Outside the city, the three Frost Giants continue to heave the boulders towards the city walls. Another joins in the tossing. 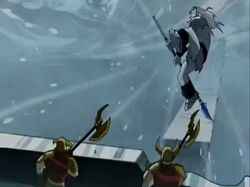 A fifth giant leaps down with to a road with his spear and charges the drawbridge. He approaches the gab and using his spear vaults onto the wall.

Two guards attempt to knock him off but the giant easily tosses them aside into the moat below.

The giant climbs the walls and cuts the chains to lower the bridge. The bridge crashes down so that the others can run forward. The invading group then barge their way through the Asgardian gates. 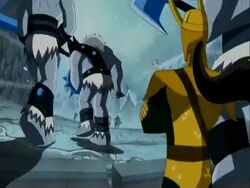 The peasants are shocked as the invaders leader steps forward, Loki. He commands his forces to proceed further into the city. He desires the throne of Asgard feeling that it belongs to him.

The Asgardians flee as the Frost Giants smash all in their way. One grabs a wooden tower fallen by his mace and hurls it against a tower in the city.

Balder, Sif, and other guards watch the destruction around them. 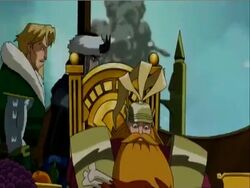 Volstagg attempts to ignore the destruction to feast on a cooked turkey. When his friends Hogun and Fandral make their way to the battle, Volstagg reluctantly joins, though he grabs a leg before leaving.

Elsewhere, Heimdall watches the siege as Thor returns from Midgard behind him. 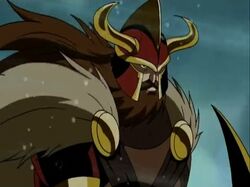 Heimdall tells of the Frost Giants march towards the palace of Odin. He warns the Thunderer that the king is weakened as the Odinsleep is nearly upon him.

He grips his ax in worry as he cannot leave his post at the Rainbow Bridge to defend his kingdom. Thor comforts the guardian with the promise of a felled Frost Giant in his name. 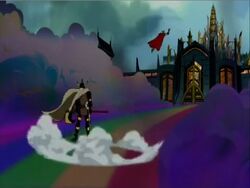 The two smile as Thor swings his mighty Mjolnir and flies off. He enters the city over the wall.

Inside, the gallant guards have been defeated. Unarmed Asgardians cannot help but stare up as the giants storm through their home. 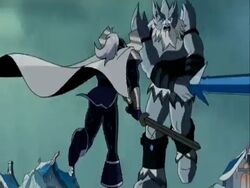 Balder and a giant spot each other and charge. The giants swings his mighty sword and misses. Balder climbs up the weapon and arm.

Upon the giant's shoulder, Balder leaps forward to stab the invader in the eye. The giant falls to his knees before collapsing to the ground. 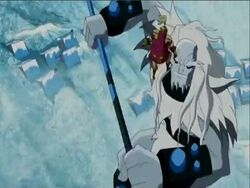 Volstagg leaps down from a high wall onto a giant's face. Hogun and Fandrall race upon their horses with a rope to trip the invader.

However, Ymir blindsides Volstagg knocking him into the wall. As he crashes to the ground, Fandrall and Hogun approach the giant but are knocked away.

Sif then charges into battle and narrowly misses a sword's strike. 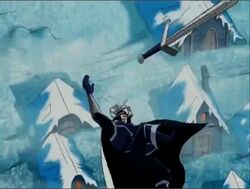 Balder is knocked back, his sword landing nearby. As he reaches for it a giant's foot comes crashing atop him. 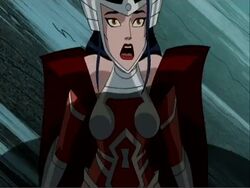 Sif sees her brave ally fall but quickly raises her two swords. Unfortunately, a giant's ax bears down on her smashing her to into the rock below.

The one-eyed giant sees the woman defeated and raises his ax to finish her off. But mighty Thor comes flying through destroying the gigantic weapon.

The other invaders notice the Thunderer high above. One claims that they will finally defeat their foe. 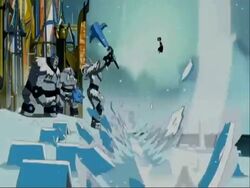 Thor raises his hammer and challenges them to fight. Thor and Ymir raise their armaments and attack each other. The force of their blasts cause shockwaves all around them.

High above the city, the ravens Hugin and Munin watch the battle. They fly inwards towards their master's palace. 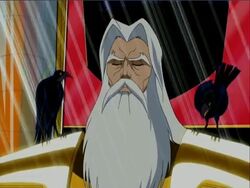 In his throne room, King Odin sits in solitary. The two ravens land on his shoulders and speak to him. Odin is relieved to hear news of his son's return.

Back in the battle, Thor bashes the face of a screaming Ymir. However, the giant smashes him to the ground with his club. 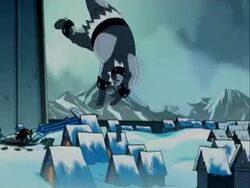 Thor stands to see the cycloptic giant brings his sword down on him. Thor catches the weapon with all his strength then lifts the giant flipping him on his back.

Another giant brings down a tower on top of the unsuspecting Thunderer. With the apparent victory, the giants gather and around the tower.

Soon a wind begins to swirl and Thor rises from the debris. He raises Mjolnir and charges the hammer with lightning. Thor claims that he will never fall by their hands.

High above the city, a vast storm brews and lightning streaks around the battlers. 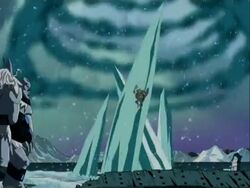 As Thor is about to smite his foes, Loki voice denies him his victory. Vast ice crystals arise out of the ground trapping Thor.

He looks on in frustration then bursts free from his icy prison. Before he realizes what is happening, a giant grabs Thor and tosses him into the palace walls. 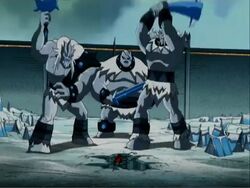 Thor falls to the ground and Mjolnir crashes away from him. Thor attempts to stand but his smashed down by the Frost Giants and their sword, mace, and club.

The Thunderer clears debris from above him but is stomped on by a giant's heel. The fiend raises his foot and grabs him.

Thor awakens to find Ymir attempting to consume him. He raises his hand calling Mjolnir to him. 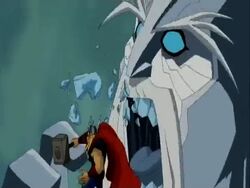 As Thor nears the gapping maw Mjolnir arrives and Thor is able to smash away the jagged teeth. Thor is let go and the giant stumbles back. 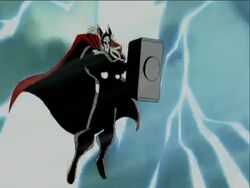 Once again Thor floats above them and charges Mjolnir with the power of lightning. He exclaims that they will now feel his wrath. High above the storm forms once more.

The remaining giants stare up as the power of the storm crashes around them. Thor brings down a mighty lightning strike shocking the giants to their very core.

The charred giants crash to the ground in defeat. 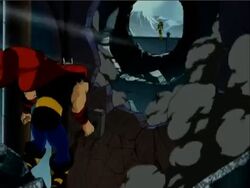 Thor's victory is short lived as he is soon blasted down to the ground. He stands to see that he has gone through the walls of the palace.

He is angered to see that his attacker his none other than Loki, his brother.

"Forward my Frost Giants. Strike deep. Do not stop until the throne of Asgard belongs to its rightful lord: Loki."

"The Frost Giants march for Odin's palace. With the Odinsleep nearly upon him, our king is weakened. I would join you in battle. But I am forever sworn to protect the Bifrost Bridge."
"Worry not, Heimdall. I shall fell a Frost Giant in your name."

"I have felt your wrath, Frost Giant. Now you shall feel MINE! FOR ASGARD!" 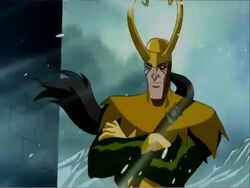 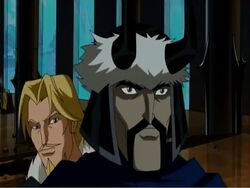 This micro-episode along with "Thor the Mighty (Micro-Episode)", "My Brother, My Enemy", and "The Isle of Silence" were combined into the season one episode "Thor the Mighty".

Retrieved from "https://marvelanimated.fandom.com/wiki/Episode:The_Siege_of_Asgard?oldid=30555"
Community content is available under CC-BY-SA unless otherwise noted.