Yitzhak Edward Asner (born November 15, 1929; died August 29, 2021), known professionally as Edward Asner and Ed Asner, was an actor known as Spider-Man's J. Jonah Jameson, his Spider-Carnage counterpart, and Spider-Man (Armored) counterpart. His prominent role in the earlier series got him the part of Officer Barr on Spider-Man: The New Animated Series and Ben Parker on The Spectacular Spider-Man.

His role as Jameson got him a Daytime Emmy Awards nomination for Outstanding Performer in an Animated Program.

He is primarily remembered for his role as Lou Grant on The Mary Tyler Moore Show and its spin-off series Lou Grant. He may have gotten the role because of the similarities between Jameson and Grant.

He was the former President of the Screen Actors Guild. An avid comic book fan, Asner was a member of the Comic Book Legal Defense Fund, a free speech organization that's dedicated to protecting comic book creators and retailers from prosecutions based on content.

Professionally, he preferred Edward even though he is more popularly known as Ed.

Asner was born in Kansas City, Missouri to Lizzie (nee Seliger) and Morris David Asner. Morris ran a second-hand shop and Lizzie was a housewife. He was the youngest of five children.

Asner was raised in an Orthodox Jewish family and spent many hours at the Granada movie theater.

He attended Wyandotte High School and later the University of Chicago. In school Asner had to defend himself both vocally and physically. A born competitor, he played championship football in high school and organized a top-notch basketball team which toured most of liberated Europe. In high school, he was the editor of the school's newspaper.

He then served with the United States Army Signal Corps in Europe.

Asner was a member of the Playwrights Theatre Company in Chicago. In the mid-1950s Asner left for New York before he company regrouped as the Compass Players. He later made guest appearances with the successor to Compass, Second City, and is considered part of the Second City extended family.

Between 1960 and 1965, he established himself as one of television's most reliable villains, thanks to his resemblance to certain Soviet politicians. The actor was particularly busy during the spy-show boom of the mid-'60s. Asner guest starred on television several television series such as NBC's The Outlaws and CBS's The Reporter.

Asner's most well known role is Lou Grant from The Mary Tyler Moore Show in 1970. When the series neared its end in 1977 Asner got his own award-winning spin-off Lou Grant. While Mary Tyler Moore was a thirty minute comedy, Lou Grant was an hour long drama. Asner is the only actor to win an Emmy Award for a sitcom and drama as the same role. Although no tangible proof has ever been offered, it was Asner's belief that CBS canceled Lou Grant in 1982 because of his politics and not dwindling ratings.

Asner won an Emmy Award for his role as Captain Davies in the 1977 mini-series Roots. Davies was highly developed and full of metaphors on tortured ethics and the morality of slavery. However, biographer Alex Haley admitted that he had no idea who the actual captain was meaning much of the character was made up.

In 2003, he once again gained praise for playing Santa Claus in the Jon Favreau directed film Elf. He was the only actor to reprise the role for the television special Elf: Buddy's Musical Christmas which featured Jim Parsons and Mark Hamill.

Asner has made an extensive name for himself in voice acting. In addition to Jameson he had a leading role as Hudson on Gargoyles.

He played Jabba the Hutt on the radio version of Star Wars and Master Vrook in Star Wars: Knights of the Old Republic and its sequel.

He played Carl Fredricksen in Pixar Animation Studios's 2009 film Up.

Asner had rarely been active in politics or union activities. However, during the 1980 actors strike, he became very vocal. This later prompted him to get involved.

In 1981, Asner began serving as the president of the Screen Actors Guild, and drew plenty of controversy in the process. He was criticized for making political statements about the United States' involvement in El Salvador. His outspoken nature is rumored to have cost him his series Lou Grant which, despite high ratings and critical reception, was cancelled after five seasons in addition to losing other lucrative offers. His public statements were criticized as an abuse of his office. Nevertheless, he would continue criticizing the entertainment industry's labor standards while fighting for unions.

Following the dissolution of the Professional Air Traffic Controllers Organization by actor-turned-president Ronald Reagan, SAG rescinded an award to Reagan though Asner himself did not vote on the issue.

Asner was also a vocal critic of Apartheid in South Africa.

He then fought for combining the Screen Actors Guild and the Screen Extras Guild, facing opposition from within the ranks. He fought openly with fellow actor and Reagan supporter Charlton Heston, which almost came to libel action. Eventually the SEG was dissolved and absorbed into SAG in 1992.

Asner's battles included improving employment and compensation conditions for actors. He also championed the combination of SAG and the American Federation of Television and Radio Artists, which would happen in 2012 creating SAG-AFTRA.

Asner was reelected in 1983 in a landslide election. He stepped down in 1985 and gave his support to Patty Duke, who served as president until 1988. He would continue defending his political activism calling it not a "luxury, but a necessity" throughout his life.

He was married to Nancy Sykes from 1959 till 1988. Together they have three children, twins Matthew and Liza, and Kate. In 1987, he had a son named Charles with Carol Jean Vogelman. He engaged producer Cindy Gilmore in 1991 and married on August 2nd, 1998. However, Gilmore filed for divorce on November 7th, 2007.

His former daughter-in-law is model and television personality Jules Asner. His nephew, Gavin Newsom, is currently the elected governor of California.

Asner died on August 29th, 2021, at age of ninety-one in Los Angeles, California. He was survived by his four children.[1][2] No cause of death was given. 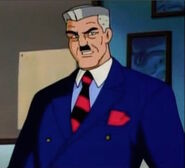 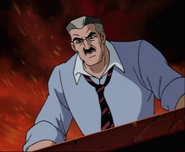 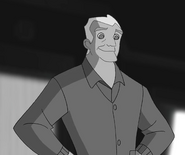