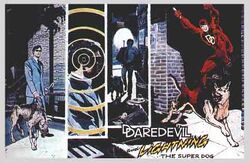 Marvel executive editor Tom Brevoort stated[4] that a cover of an issue of Daredevil caused the series to be pulled.[5] The cover to Daredevil #184, created by legendary artist Frank Miller, featured the titular hero holding a gun pointed to the reader. This allegedly caused the executives considering the show to believe the character was too violent for a Saturday morning cartoon. 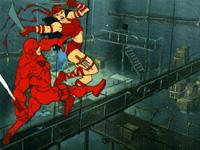