Cosmic Sleigh Ride is a short film. In it, Taserface tries to take Groot from Star-Lord.

Marvel Entertainment and Funko collaborated to bring a series of short films. Following the release of Chimichangas, Funko took a brief break with this being the first in a new line. 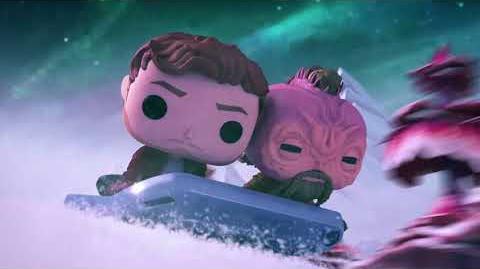