The series would have been produced by Saban Entertainment, who had worked on X-Men and Silver Surfer.

In a significant change from the comics, Captain America's real name would have been Tommy Tompkins. Steve Rogers would have been a pseudonym created by the United States Army.[2]

A sixty-second demo reel was made showing Captain America fight with Nazis. Animation would have included computer generated images including a motion capture of Captain America. Bucky and Baron Strucker also made an appearance in the demo reel.[3] Although unnamed the demo reel also featured characters that appeared to be Gabriel Jones, Nick Fury, and Peggy Carter.

At least seven episodes were written. Steve Englehart was just one of the writers for the series and wrote the seventh episode titled "Skullhenge".[4] at Steve Englehart He wrote:

"The series was going to be set during World War II, in Europe (but, in true TV fashion, the enemy forces were not going to be called "Nazis"). The main villain was the Red Skull, and I had developed a plot in which the Skull was going to deconstruct Stonehenge and rebuild it as a gigantic swastika on Salisbury plain. That's when I first heard that we weren't doing swastikas, either – and while I was working around that (the Skull was going to purloin the Stone of Scone instead and crown himself King of England), Marvel's monetary troubles got the series canceled."

The series was canceled due to Marvel Entertainment's financial problems that also claimed Silver Surfer, Spider-Man Unlimited, and The Avengers: United They Stand as well as The Marvel Action Hour.[5] This is the only known attempt at a Captain America solo animated series. 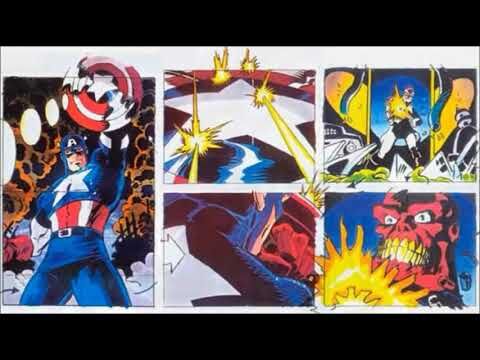