The Black Widow II was the second in a series of robots designed to hunt down and destroy the superhero known as Spider-Man. This Spider Slayer was designed after the first Black Widow robot.

The first Black Widow was commissioned by Norman Osborn to be built by the robotics expert Spencer Smythe. Norman was forced to destroy Spider-Man at the command of the Kingpin, who he owed a great deal of money to. The wallcrawler had been interfering with Kingpin's operations and the crime lord wanted him out of the way. Norman stated his reasoning was that Spider-Man was a criminal. 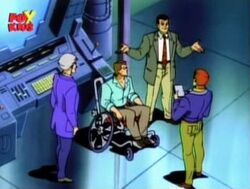 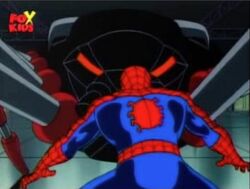 In the ensuing fire an explosion apparently killed Spencer, forcing Alistair into a state of depression. 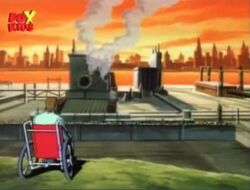 Kingpin took advantage of the young scientist's state and got him to build a series of Spider Slayers for him. Kingpin brought Alistair to his hideout inside the Chrysler Building, where he seemed to have unlimited resources. Kingpin made a deal with Alistair, once Alistair defeated Spider-Man the lab was his but until then he worked for the crime lord. Since Alistair had no where else to go and desired revenge he accepted.

Alistair essentially used his father's same design for the second model. He did add items such as a grappling hook and laser in its fangs. He designed the robot so that it could attach to the third Spider Slayer Tarantula, which would then attach to the fourth Slayer called the Scorpion.

One change he made was to make this version self-sufficient so that he did not have to constantly control it. This allow him to perform other tasks such as building the Scorpion.

It is unknown exactly when the Black Widow was activated. It first appeared several months after the destruction of the first and alongside the Tarantula.

While flying through the city the Black Widow tracked Spider-Man to a building, where the hero was making a phone call on a pay phone to his Aunt May. 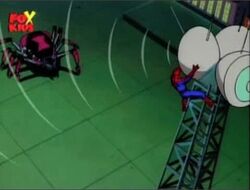 Black Widow got into position after the hero hung up and fired its grappling hooks. However, the hero's Spider-Sense allowed him to dodge the attack. Black Widow then followed Spider-Man to a rooftop where the hero tied up its legs. The Black Widow used its lasers to cut the webbing. Spider-Man then used a Microwave Relay Dish to disable the robot's circuits and shut it down.

The Tarantula made its way to the fight and attacked after Black Widow was deactivated. The battle then continued into the streets below.

After Alistair reassures Kingpin that everything is going according to plan, he reactivates Black Widow. Black Widow then flies down to the street to trap Spider-Man.

Spider-Man forms a plan to deal with the two Spider Slayers. He webs up Tarantula's head but before he can attack Black Widow a woman, her daughter, and their dog Trooper come out of a nearby building. The dog escapes the daughter's arms and begins barking at Black Widow. Black Widow targets the dog but Spider-Man gets the three bystanders out of the area. 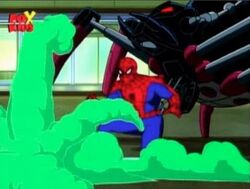 After Tarantula hits Spider-Man with a freeze ray Black Widow grapples the hero. As he is being pulled back the hero puts a Spider-Tracer on the Black Widow. Tarantula then knocked him out with a gas missile and Black Widow took the hero back to the hideout.

After putting Spider-Man on a stretcher Black Widow and Tarantula powered down. Alistair then called Jameson to have him present for the real unmasking of the hero. When Jameson arrived Black Widow powered on and grappled the editor before he could unmask Spider-Man. Black Widow puts Jameson on a stretcher just like Spider-Man's and a bomb with one hour's time is attached to the two. Tarantula fires another gas missile and the two are knocked out.

Tarantula takes Spider-Man and Jameson while Black Widow headed off towards ESU's campus to find Flash. The two woke up and used the hero's Spider-Tracer to find the Black Widow first.

Black Widow lands on the campus much to the surprise of Felicia, Flash, and their friend Harry Osborn. Initially Felecia believes it to be a joke by Flash. Black Widow fired acid at Felica, but Flash gets her out of the way. Remembering what he went through with the first Flash attempts to flee. Black Widow grappled Flash and dragged him back with its fang's lasers on.

Spider-Man and Jameson arrive and landed on its back. Spider-Man realized that he could use the laser to free Jameson and did so. At the same time Flash was able to find his way out of the grappling hooks. 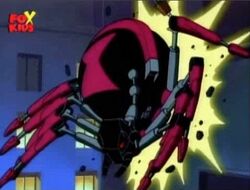 Spider-Man spotted a crane nearby and used his webbing to put the hook on the Black Widow's leg. Spider-Man moved to the controls and slammed Black Widow into a nearby building. The shock of the impact deactivated Black Widow once again.

Spider-Man then left to save Eddie from Tarantula. Meanwhile, the police arrived to investigate the fallen robot. Several ESU students also came out to see what was happening. Jameson contacted Robbie Robertson and told him to send a reporter to report on the Black Widow's attack.

During the Scorpion's attack on Oscorp Alistair reactivated the Black Widow and shorted out Tarantula. This surprised all of the surrounding bystanders but it flew off towards the Scorpion. 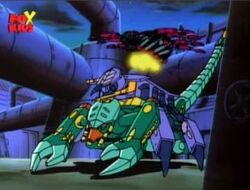 At Oscorp Scorpion landed so that Tarantula and Black Widow could combine with it into a large Spider Slayer. Under their combined might the Oscorp Robot Tanks and Helidrones were easily destroyed. The three spotted Spider-Man and fired but he moved into Oscorps' interior. Inside he found Liquid Oxygen and broke off the bomb from his wrist. 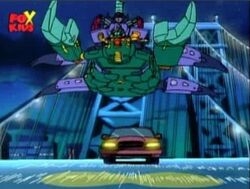 Osborn realized he could not defeat the three Spider Slayers and attempted to flee, but the three followed him to the George Washington Bridge. They landed in front of Osborn forcing him to stop knocking him out. Spider-Man pulled Osborn from the car before the three crushed the vehicle. 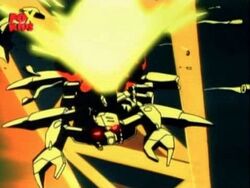 Spider-Man used his wallcrawling ability to stay on the side. When the Spider Slayers moved underneath him he dropped down and attached the bomb to them. The bomb went off completely destroying Black Widow and Tarantula, while Scorpion managed to grab the side while falling.

However, the massive damage forced it to power down and crash into the Hudson River. Pieces of the Black Widow burned on the bridge while Spider-Man dropped Osborn off.

This Black Widow's destruction would be the first major blunder for Alistair. Over time more and more failures would cause Kingpin to lose faith in his protege and eventually turn him into a cyborg.

Unlike the first Black Widow, which was primarily controlled by Spencer Smythe, this robot was able to operate on its own using preset programming. This allowed the Black Widow to carry out its mission without the need of Alistair. This let the young genius to work on Scorpion while Black Widow was in battle.

While unknown if the original had these, this Spider Slayer had a grappling hook and lasers in its fangs. The grappling hooks allowed it to capture its targets. The lasers were able to cut through anything, including the bonds that held the bomb to Jameson which Alstair claimed were indestructible. This one could spray acid, while the original only sprayed oil. It is unknown if both versions could fire both.

The main addition to the Black Widow II was the ability to combine with the other two Spider Slayers. Black Widow sat on top of the Tarantula and could fire its weapons simultaneously with the other two. This made the three robots an extremely dangerous opponent. The robots together could use each separate head to scan for its opponents. It is unknown whether they became one robot or the three simply worked together.

The Black Widow was much larger than a human being. The first was able to walk around inside a building without constantly damaging the ceiling. The actual height his variable based on its needs at the time. Based on comparisons with humans seen near the robot and assuming it was roughly the same as the original, it was roughly eight to twelve feet tall.

It must have had a large fuel tank somewhere as the Black Widow could fly around the city for long periods of time without needing to refuel. It is unknown if this is substantially different from the original, as the first only flew short distances.

The original's structure was designed to be resistant to damage as only acid could penetrate its outer shell. But it is unknown whether this version had that same ability. It may not have if Spider-Man was able to power it down by knocking it into a building.

This and the first Black Widow are the only Spider Slayers to be named. Tarantula and Scorpion are not and the Ultimate Slayer only goes by the name Alistair.

The Black Widow is the Mark XV (15) model in the series. In the show it was the second of five robots and one cyborg.

The Black Widow came after Alistair had become the Ultimate Slayer.

Retrieved from "https://marvelanimated.fandom.com/wiki/Black_Widow_II?oldid=86745"
Community content is available under CC-BY-SA unless otherwise noted.