Big Robot, Little Problem is a short film. In it, Ultron infiltrates an Avengers's facility, infects, the Hulkbuster armor, and attacks Ant-Man. 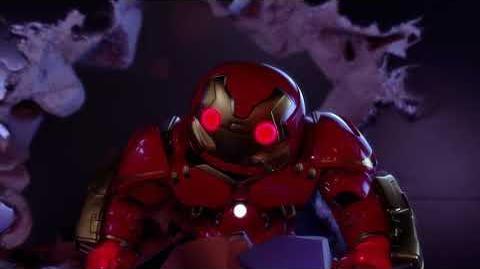