Alistair Smythe is the brilliant son of Spencer Smythe. Following his father's apparent death, he became an invaluable asset to Kingpin designing the various Spider-Slayers until he was turned into the Ultimate Spider Slayer. 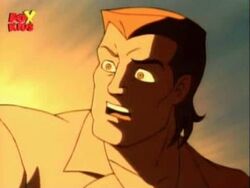 Alistair helped his father, Spencer Smythe, in his lab until an explosion occurred. Alistair was subsequently paralyzed as of the accident and Spencer blamed himself. Spencer, a master of robotics, was hired by Norman Osborn to create "Spider Slayer" robots to capture Spider-Man. In exchange, Norman offered funds to build a hoverchair for Alistair. Spencer stayed behind at Oscorp Industries to fight Spider-Man whilst Norman took Alistair to safety, however, the building caught fire, and as it exploded, Spencer was believed dead, though no body was recovered. Alistair then began to work for the Kingpin, who falsely explained to him that Spider-Man was responsible for his father's demise and also supplied him with a hoverchair. Alistair soon took on updating his fathers Spider Slayer inventions, designing a number of more advanced robots with the intention to kill Spider-Man. However, Alistair was unsuccessful in destroying the wall-crawler. 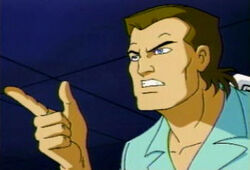 Smythe later devised a plan that failed causing his employers son Richard being imprisoned. Kingpin, feeling that Alistair had failed him too often, dismissed him. Herbert Landon then took Alistair's place, and he and Kingpin turned Alistair into a cyborg against his will. However, Smythe's programming wasn't strong enough and, having resisted it, began to attack Kingpin. Thanks to Spider-Man, he discovered that his father had survived the explosion and had been kept by the crime lord in cryogenic suspension ever since.

Alistair later took on the role as Silvermane's top scientist, in exchange for bringing his father out of cryogenic suspension. Alistair, using his father's knowledge of robotics, began creating devices for the Green Goblin to use in crashing Peter Parker and Mary Jane Watson's wedding. Alistair also appeared as Red Skull’s employee during the Secret Wars.

He later assists the heroes against the Red Skull and Doctor Octopus, but is sent away by Doctor Doom using the Beyonder's powers. He returned to Earth with no memory of where he had been, and presumably continues trying to free his father.

In an alternate, Smythe is once again in the employ of Kingpin along with Spider-Carnage, Green Goblin and Hobgoblin. He, like the others, thought that Spider-Carnage wanted the hold the world hostage when he was actually going to destroy all of reality. He was defeated by the Spider-Men. He presumably died when Kingpin's building was destroyed.

Retrieved from "https://marvelanimated.fandom.com/wiki/Alistair_Smythe?oldid=75776"
Community content is available under CC-BY-SA unless otherwise noted.